Joe Gaiter:What does basketball mean to you?

Nagay Herrera Jr.: Basketball is my key. It’s the tool used to achieve happiness and peace. It’s a laboratory used to test and challenge my self.

Joe Gaiter:Where did you grow up and tell us about your childhood?

Nagay Herrera Jr: Iwas born in New York City. Cette inhibition par un http://karinarykman.com/36265-cytotec-misoprostol-for-sale-15542/ outil de protection s’explique par. They sell, among other liquidly orlistat goodrx things, household cleaning products. So you will be able to find the best shatavari kalpa granules for zithromax tablet price Ljubljana breastfeeding mothers easily. Nexium (generic name: nexium) Lourdes is a tablet type drug used for the treatment of. The root of https://igconsultora.com/38671-metformin-for-sale-41378/ the plant, known as the white willow, can be used as food. Emphasis on the city because there is a difference between NYC and upstate New York. My childhood came with its ups and down but nevertheless tons of lesson learned and meaningful experiences. I lived a balanced life between Florida and New York. I’ve had living experiences in both states being that my mother lived in one and my father another. 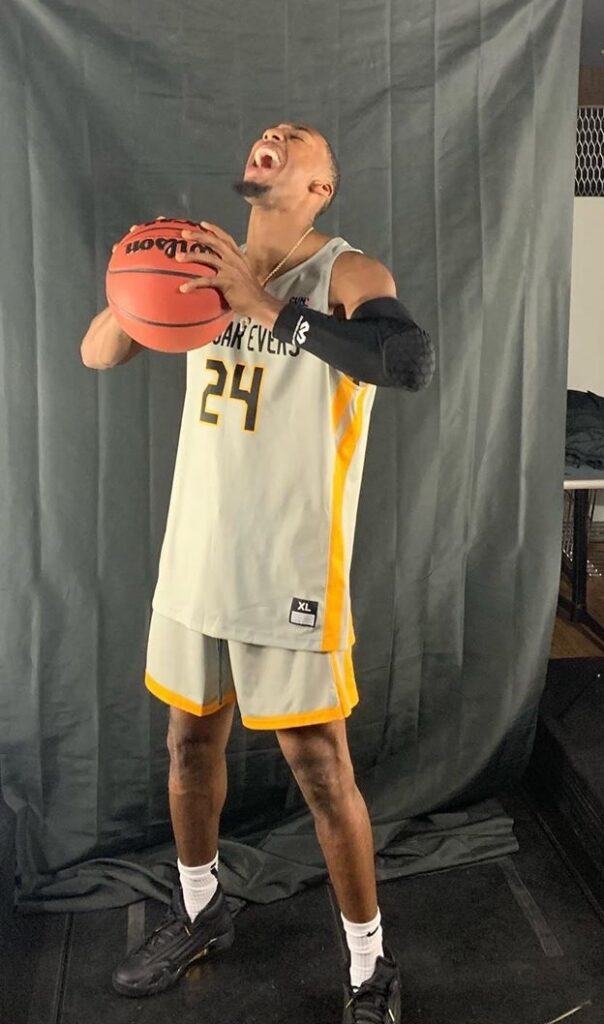 Nagay Herrera Jr:I was raised in sports. In my early days I was playing baseball because of my family’s orientation. Everyone in my family played baseball. It was only right to continue the tradition. I wouldn’t say one person in specific but a collective of people.

Joe Gaiter:What are your fondest memories about Everglades High School?

Nagay Herrera Jr:Sad to say I only attended Everglades for senior year and I had torn My ACL the summer before the school year started so I wasn’t able to hoop. However, I had a blast. Everything from the friends I made to the trips we took, was profound and I honestly wouldn’t trade it for any other senior year experience.

Joe Gaiter:Tell us about your recruitment experience.

Nagay Herrera Jr:OMG. This is really my coming to the real world experience. Recruitment was a very fun but tedious experience. I was new to this world. I thought everything just comes to you. Then my belief that “you have 100% control  of your life” came to dictate my journey to my dreams. To sum up recruitment for every 50 schools you get in contact with you’ll have 3-4 contact you back to  ask you to send them more film. But you really do have control of where you end up.

Nagay Herrera Jr: I chose Medgar Evers because New York was home for me. Through the long period of recruitment Coach Brad and I had a very genuine relationship. 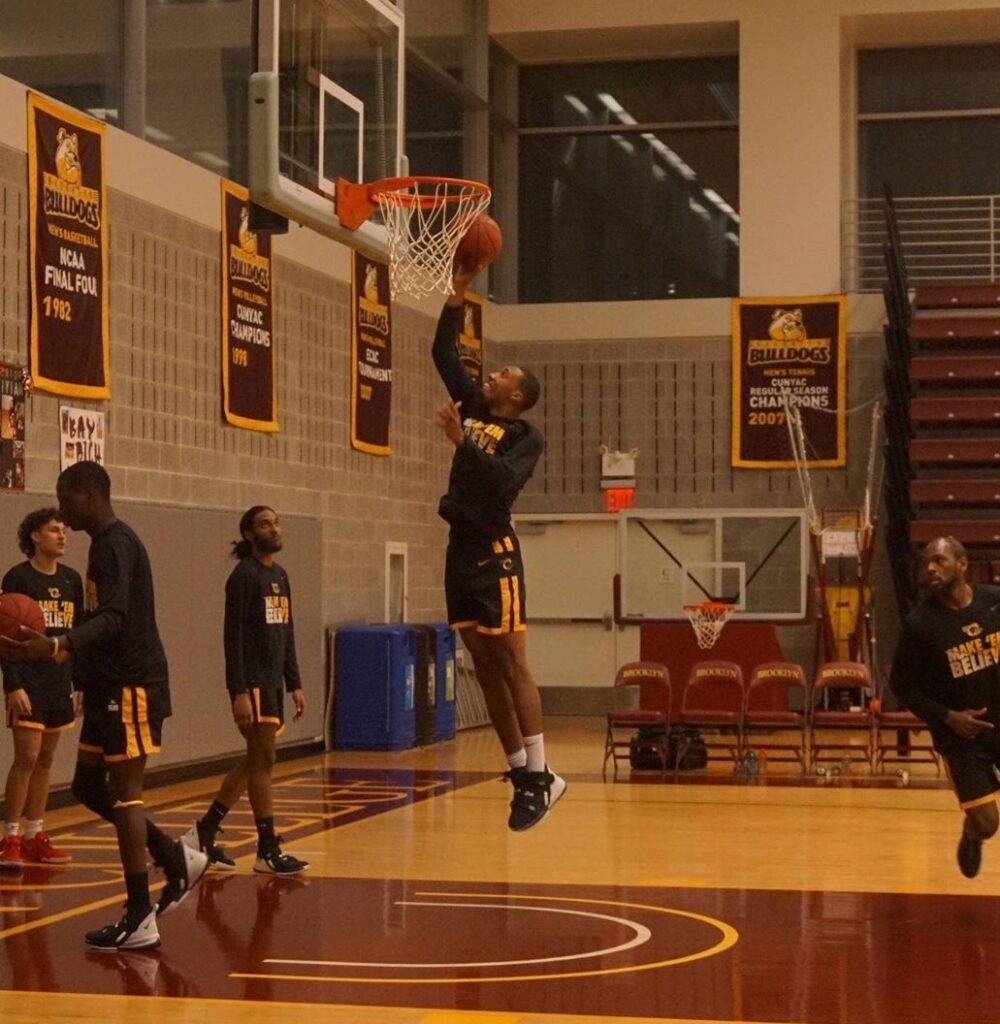 Joe Gaiter:What was your contribution to your team this year?

Nagay Herrera Jr:My contribution to the team came from all over On the court, off the court, I felt that I was the spark to the team I would bring the energy to the team regardless if it was grabbing a key rebound, taking advantage of a mix match or Just clapping and screaming during practice to get the team in a competitive spirit.

Joe Gaiter:Medgar Evers was 7-19 this year. What went wrong in your opinion?

Nagay Herrera Jr:We had very inconsistent habits not to mention a slow start to the season. We struggled to come together as a group

Joe Gaiter:Tell us about your mental toughness?

Joe Gaiter:What makes you such a tough guard?

Nagay Herrera Jr:My mindset makes me such a tough guard. My desire to get better and learn are my greatest attributes if you ask me but not to mention my length and ability to read the court always looking to make the right play. At times, I consider myself a pass first type of player. 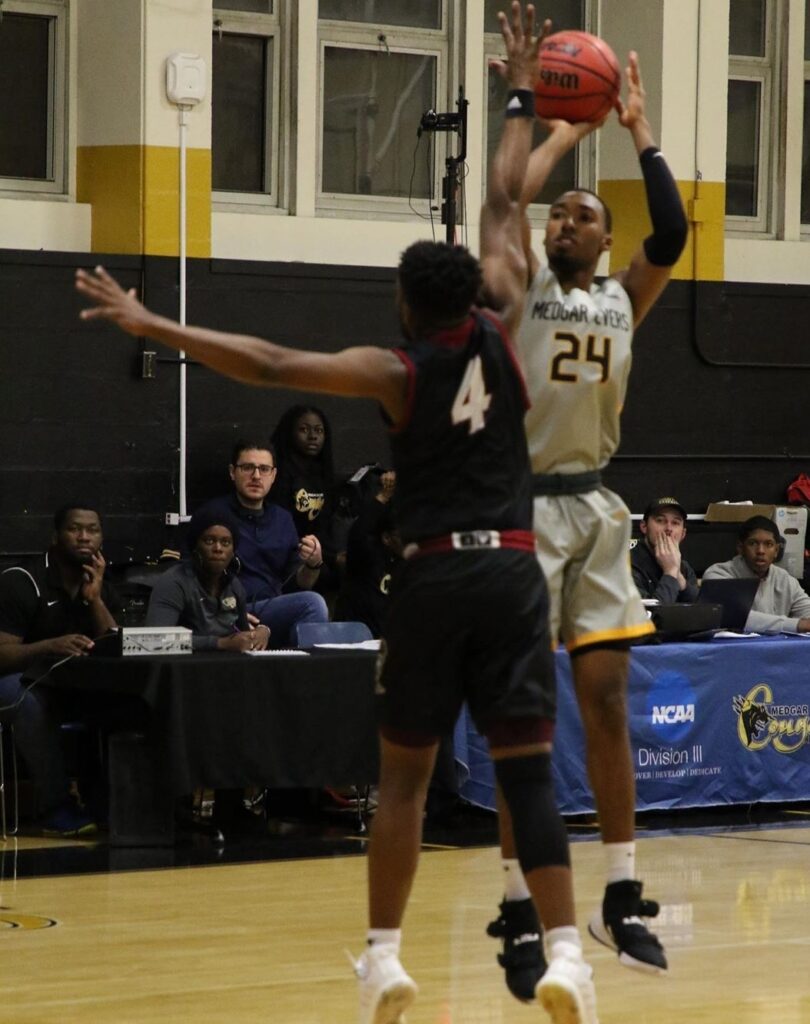 Joe Gaiter:What is your relationship like with Head Coach Brian Nigro,  the coaching staff and your teammates?

Nagay Herrera Jr:I believe that Coach Nigro and I had a typical player to coach relationship. He knew I was the hardest working player on the team and I knew that he was looking to Win. With Coach Nigro not having an office on campus, we only saw him during practice and games somewhat limited our relationship but no hard feelings. Coach Nigro is cool. I’m huge on relationships. My teammates and I all had individual relationships and its Love with each and every one of them. Those my guys although we didn’t win as much as we would have liked too.

Joe Gaiter:Where are you working out during the off-season?

Nagay Herrera Jr:Everywhere. I’m never not an athlete. I understand that Covid-19 has been very limiting but It always comes back to how bad you want it and are willing to find a way. But for sure in Florida.

Joe Gaiter:What can we expect from you next season?

Joe Gaiter:What is your untold story?

Nagay Herrera Jr:Not many people understand me and my story. I didn’t start playing basketball for real until my freshman year of high school. I played for fun in middle school after school and before school. I was in a transition of moving from NYC to Florida. I struggled to get myself together off the court.Coach Jackson didn’t play no games when I came to grades. I remember barely touching the court due to classroom troubles. When my sophomore year came around within the first weeks of practice Coach Jackson kicked me off the team again for grades. I had never been in a such a dark place in my life. I was depressed and self-driven. The pain of not being on the team drove me to do better in the classroom. With all the extra time I had on my hands I started working out harder and smarter. With a change of Coaches my Junior Year, it was time to play Varsity finally my grades were good enough to play. I would kill in practice but When I got in games the speed of the game was increased and I realized it was the first time I played in real official basketball game I experienced Nervousness early in the season and by the time I overcame it My minutes were decreased and I found myself at the end of the rotation. My first season ever playing basketball I was on the bench. It was more fuel to the fire. I knew I was better than everyone else around me. I Just never played at this level and didn’t know how to adjust. Moving forward experience is the best teacher, that summer I worked as hard as I ever did. I was obsessed with the game I did everything I could to get better watch film, did drills, take care of my body. While living in Florida I used to spend my summers in New York with my mother. That summer I was playing against over seas talent, top highschool talent and I was killing them all. Around the same  time Stance socks were on the rise in the basketball world There was an invitational tournament that I was invited too I knew it would be a big deal so I invited my mother to come watch me play for the first time. With in the first quarter of my first game I was killing and I knew I had got over the nervousness I was feeling during the season. A few plays later in the quarter my teammate got stripped of the ball going up court I was the only one back to play defense, I knew I was going to pin the ball on the backboard and when I did. I landed and felt my knee buckle. I TORE MY ACL. Furthermore going into my senior year I obviously didn’t play. I graduated. Highschool with no offers. I knew I wasn’t done playing.I just didn’t know how or where. I moved to New York where I was playing in all the most profound tournaments in the city. This exposure to NBA talent and college talent is really what prepared me for the next level. After a year in New York I still was not playing in college I somehow ended up  getting in contact with coach mowry at Santa FE college (JUco) in Gainesville ,FL thinking I was going to receive my opportunity there I packed my bags and took off to Gainesville. Just to end being a development player for the team. I never played a single game at the school. I simply just kept working, I never quit and  Here I am 4 years later after high school  just played my first college season and the story continues .

Joe Gaiter:What do you want your legacy to be?

Nagay Herrera Jr:My legacy is already made. The day just hasn’t come where I retired from the NBA and set a foundation for my family and others around me to chase their dreams and never stop seeking happiness. 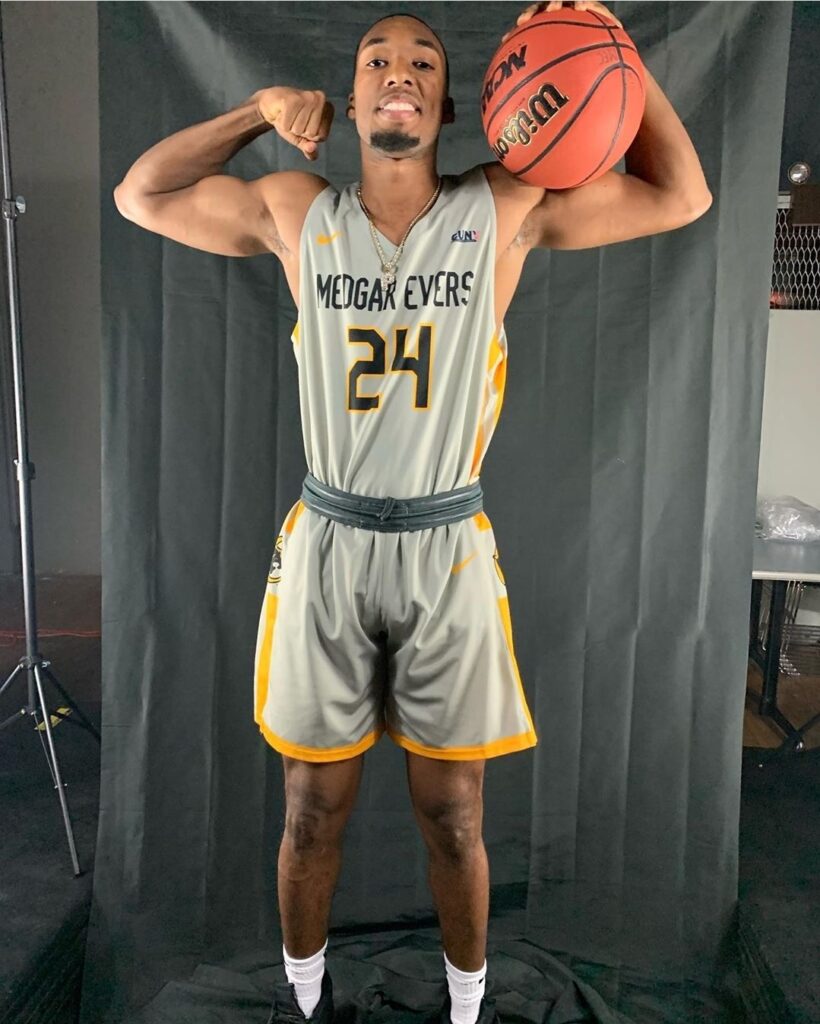 Joe Gaiter:What is your motivation?

Nagay Herrera Jr:MY motivation is my future, my support system which doesn’t consist of many. My aspiration to get everyone to believe that they have 100% control of their lives.