Demetrius Harris: For me football is an escape, it was a way out. An outlet for everyday problems, struggles and everything that’s hard to just put into words.

Joe Gaiter: What inspired you to play football?

Demetrius Harris : Michael Turner inspired me to play football. When we used to play football outside, everybody said that’s who I looked like and I looked him up one day and ever since then I been playing football (that’s why I wore 33). 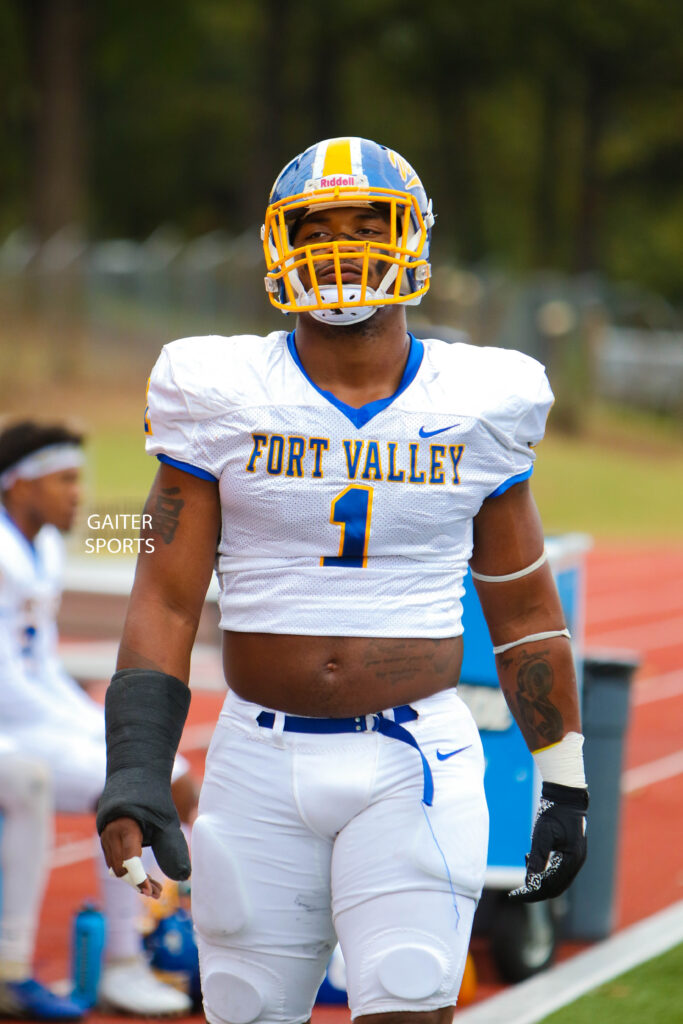 Joe Gaiter: Tell us about your time at Carson-Newman?

Demetrius Harris : I signed to Carson-Newman in 2015 where I started as a true freshman which ended during the third game of the season where I broke my ankle. I had a good time there. There was a real football culture and way of doing things under Coach Sparks who was the head coach at the time.

Joe Gaiter: Why did you choose Fort Valley State University?

Demetrius Harris : I chose Fort Valley because I got tired of being home. I was trying to get back into school and they gave me an opportunity, it had been nearly 2 years since I played football before I went there in 2017. 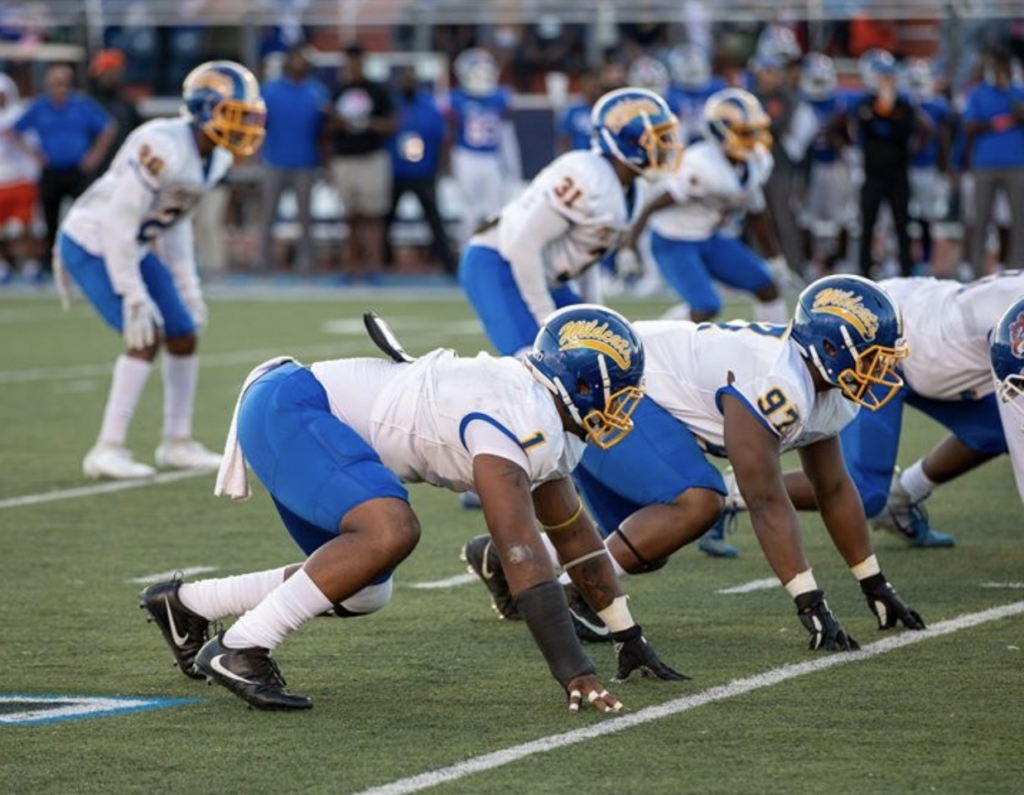 Demetrius Harris : This past 6-4 season was supposed to end in a conference championship and a D2 playoff appearance. It shouldn’t have ended how it did.
Joe Gaiter: What has been your contribution to the team this year?

Joe Gaiter: What has been your biggest contribution to the team?

Demetrius Harris : My biggest contribution to the team would be my leadership and work ethic. I wasn’t really vocal unless I had to be but I made sure I was someone that everybody could count on when it got hard. 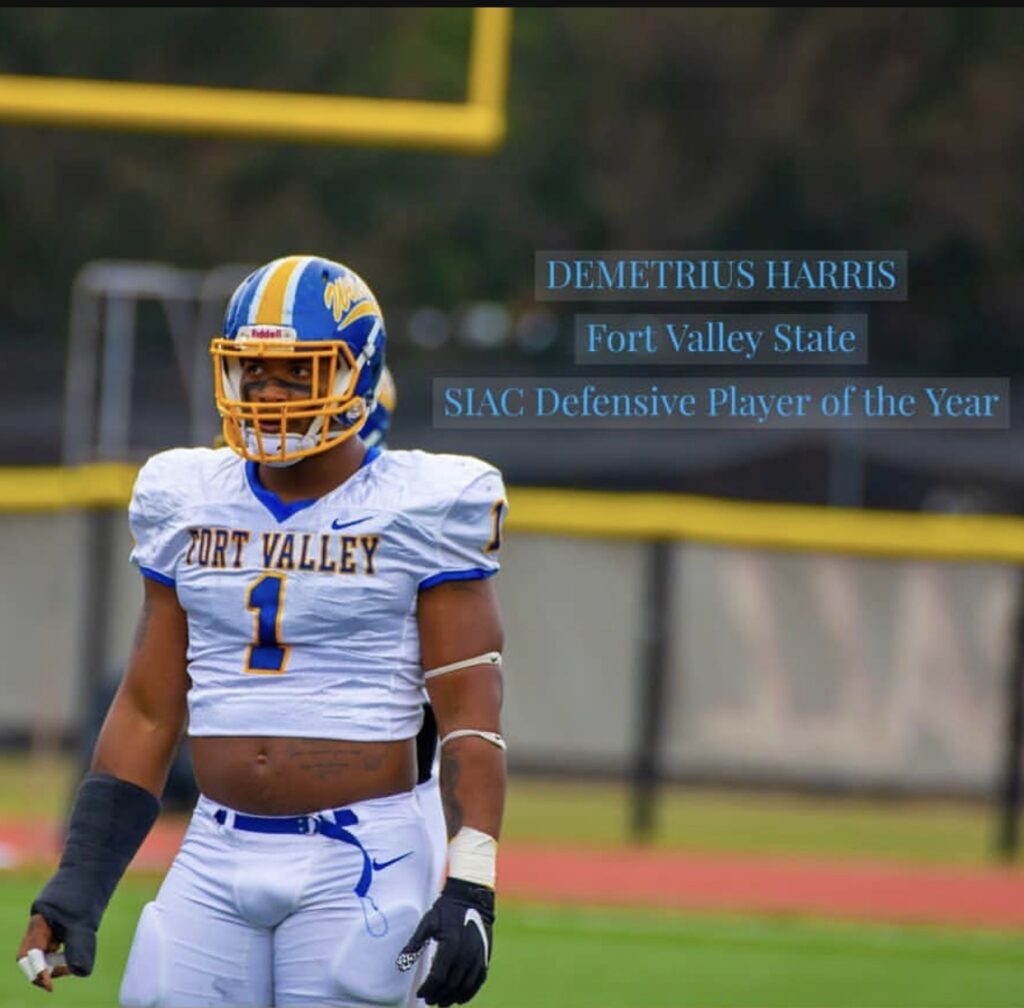 Joe Gaiter: How did it feel to be named The Southern Intercollegiate Athletic Conference Defensive Player of the Year?

Demetrius Harris : To be named the SIAC’s Defensive Player of the Year felt good, it gave us bragging rights in the conference, to have both the DPOY and the OPOY at FVSU. I never expected anything but I had my eyes on the bigger award, the Cliff Harris Award, which I was a finalist for.

Joe Gaiter: What are your strengths as a Defensive End?

Demetrius Harris : My strengths at Defensive End is my ability to play small and fast and not lose any strength.

Joe Gaiter: Who is your agent and why did you choose them?

Demetrius Harris : My agent is Mark Bailey, I reached out to him one day for advice and some questions I had, ever since then we stayed in contact. Once my decision came to leave school and go pro, I stuck with him. 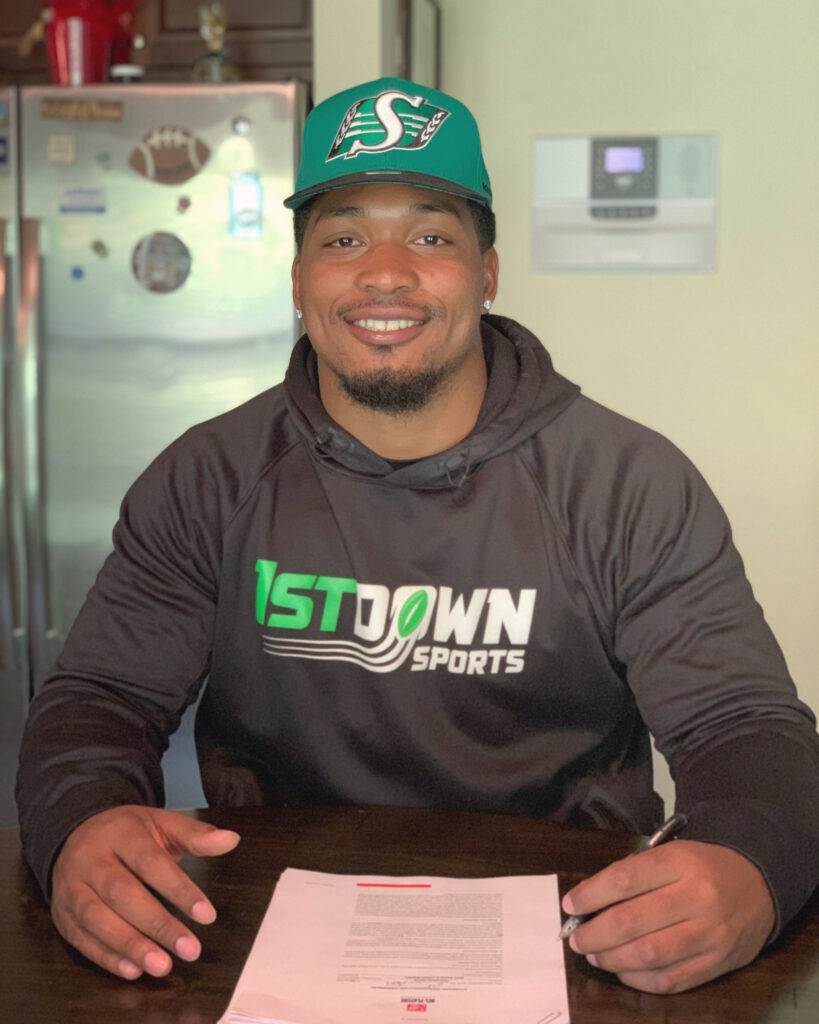 Joe Gaiter: How have you faced adversity this season?

Demetrius Harris : I face adversity by just getting it over with, attacking whatever the situation is and “charge it to the game”. With the injuries I had throughout the season, hip flexor, sprained ankles and a broken hand, just to mention a couple. I know and understand what comes with playing the game so I don’t really trip or get mad when it happens, even though it can be frustrating at times.

Joe Gaiter: How does it feel to be in the CFL in the Saskatchewan Roughriders organization?

Demetrius Harris: To be with a part of the CFL is a great feeling, it’s something we only hope to do as kids and to actually be doing it, now knowing this is what it feels like to be in this position is still hard to believe. I think it’ll really hit me once I’m able to get up there. 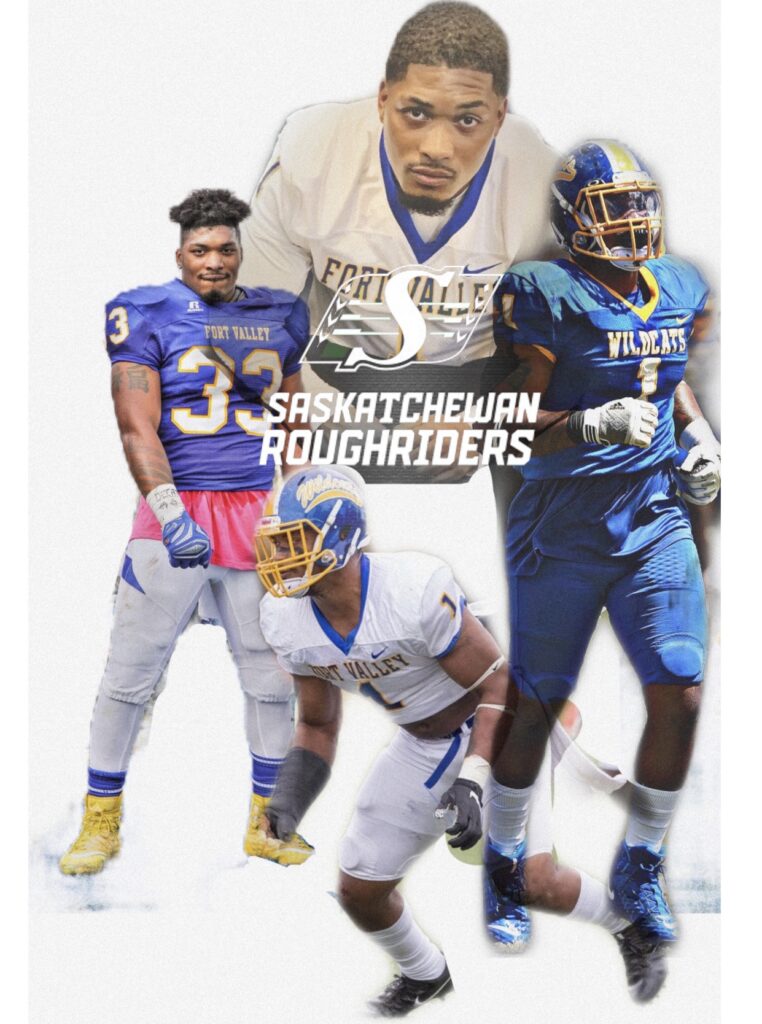 Joe Gaiter: Have you reached your athletic peak?

Demetrius Harris: Peak? Nah I haven’t gotten there yet, I still have a lot more to learn. I think I’ll reach my peak in about 3 years.

Joe Gaiter: When do you report to camp?

Demetrius Harris: Right now it’s uncertain for camp. It’s already been pushed back twice. But now they’re pushing for some time in August for us to come.

Demetrius Harris: Untold story… I have some, not even from football. Most are about the exact things that are going on right now. I don’t mind speaking on it but I feel like that’s its own segment. 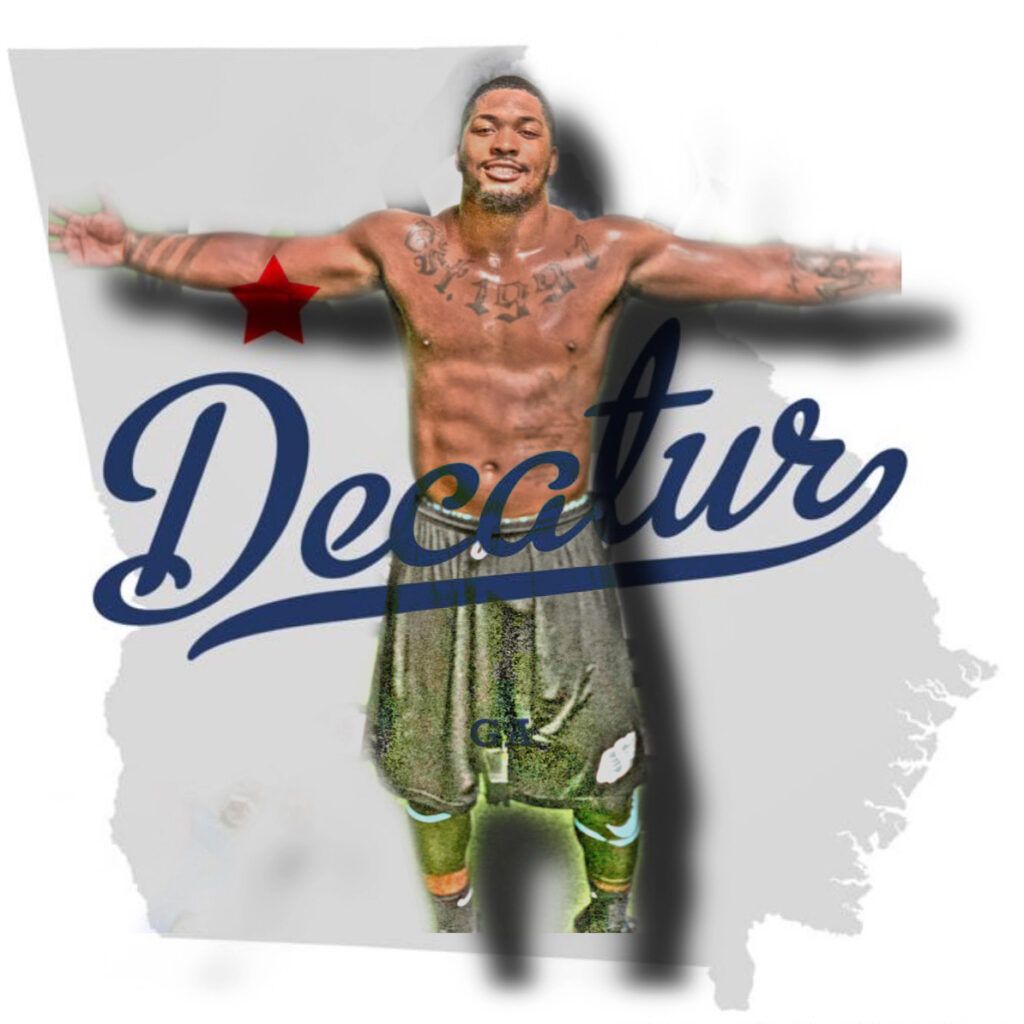 Joe Gaiter: Where have you been training during the off-season?

Demetrius Harris: For my training , I go anywhere but lately I’ve been going to a little gym spot Lithonia. He’s @zaybutlerceo on Instagram. I met him in early 2017 when I was in the process of trying to get back into school and ever since I been working with him. I’ll go use my high school weight room too or with anybody else.

Joe Gaiter: Do you have any regrets over your athletic career?

Demetrius Harris: I don’t know if I have any regrets. I think about that a lot. I believe everything happened for a reason and what if I didn’t have so much to go through, would I have been where I am now? I know for a fact I could’ve played with anybody in the county and still dominated though.

Demetrius Harris: I want to be remembered as the one who didn’t let society dictate who I became even with all troubles I had to face. I am who I am. I never gave up and made it happen. 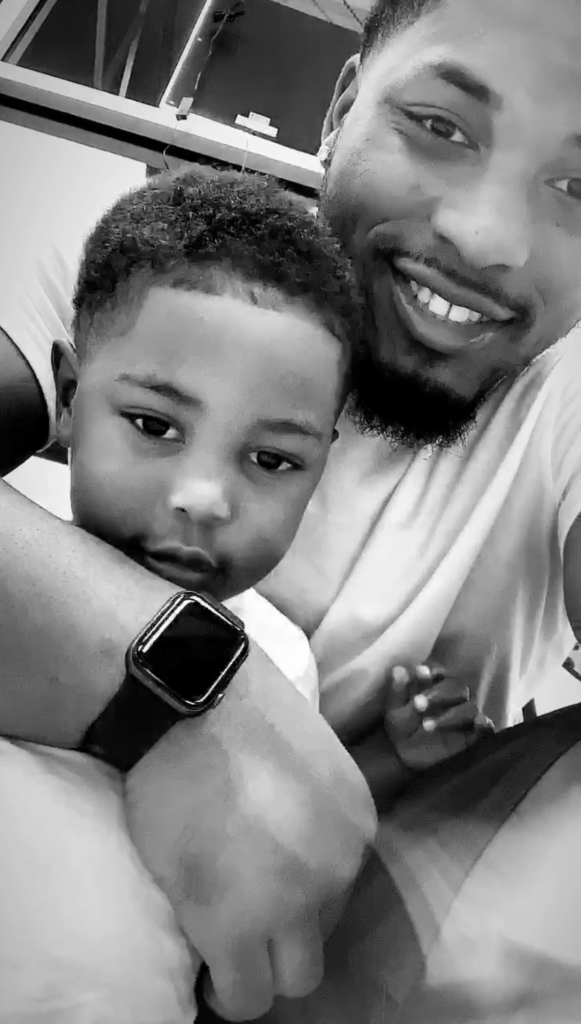 Joe Gaiter: What is your motivation?

Demetrius Harris: I got a handsome 2 year old who I just admire so much. For him being able to look back one day and say how his dad was there, cared and made sure he never wanted for nothing on top of the fun memories to come, is all the motivation.

Demetrius Harris: Shout out to everybody who been with me and stuck with on this journey (especially coaches), it’s been a long tough one. Special one to Coach Dan Wilcox for not letting me quit all times I was going to.