Dantrell Barkley: Football means a lot to me and over the year the importance of it has grown as well. It is something that has taken me places that I never imagined to be. It has put me in a position not only to be successful but also be a first-generation college graduate. So, football is everything to me. I have learned that if your good at something then that something will be good to you as well. That something just happens to be football in this situation.

Joe Gaiter:Where did you grow up and how was your childhood?

Dantrell Barkley: I grew up in Concord, North Carolina city about 15 minutes away from Charlotte and about 10 minutes away from where I attended high school in Kannapolis. My childhood was a great. Parents and my brother did the best to take care of me and give me everything I needed and wanted. They were very hard on me from an academic standpoint, but it paid off. Growing up I did not play any sports until 8th grade and even then, I wasn’t that good. I was just a benchwarmer. I was honestly terrible. 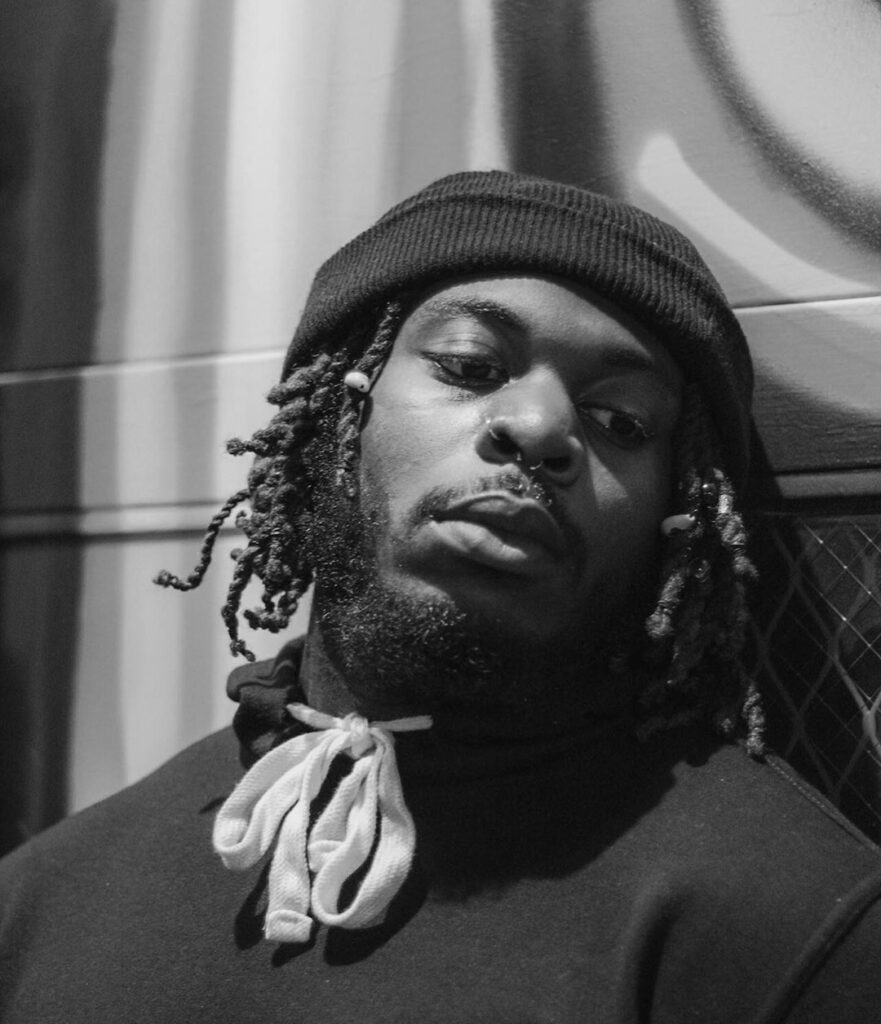 Joe Gaiter: What are your fondest memories about playing at A.L. Brown High School?

Dantrell Barkley: A.L. Brown High School holds a special place in my heart. Some of my best memories were walking down the hill before games. The sound of our cleats hitting the gravel before we all ran out on the field gives me chills. Other memories include me playing in the Battle of the Bell against our rival concord. Coming up big in that game set the tone for how my senior season would go. That was one of the most exciting games I have ever played in from high school to college. Playing with my brothers and some of my friends for life is something I will cherish for the rest of my life.

Joe Gaiter:How was your recruitment experience?

Dantrell Barkley: My recruitment experience was very interesting considering I went the Junior College route. I did not have that many offers. The offers I did have were from Johnson C. Smith, Limestone College and Winston Salem State. The other offers were from Junior Colleges and I also had some Division 3 schools interested in me. I had a lot of interest from SEC schools but academically they knew I was not going to qualify so they recommended I attend Junior College. I was a really late bloomer. Academically that hurt my chances of going anywhere big. Senior year was my breakout year where I turned a lot of heads and that is when I started realizing that I could go to college and play. Playing division, one was never really a dream honestly it just happened. 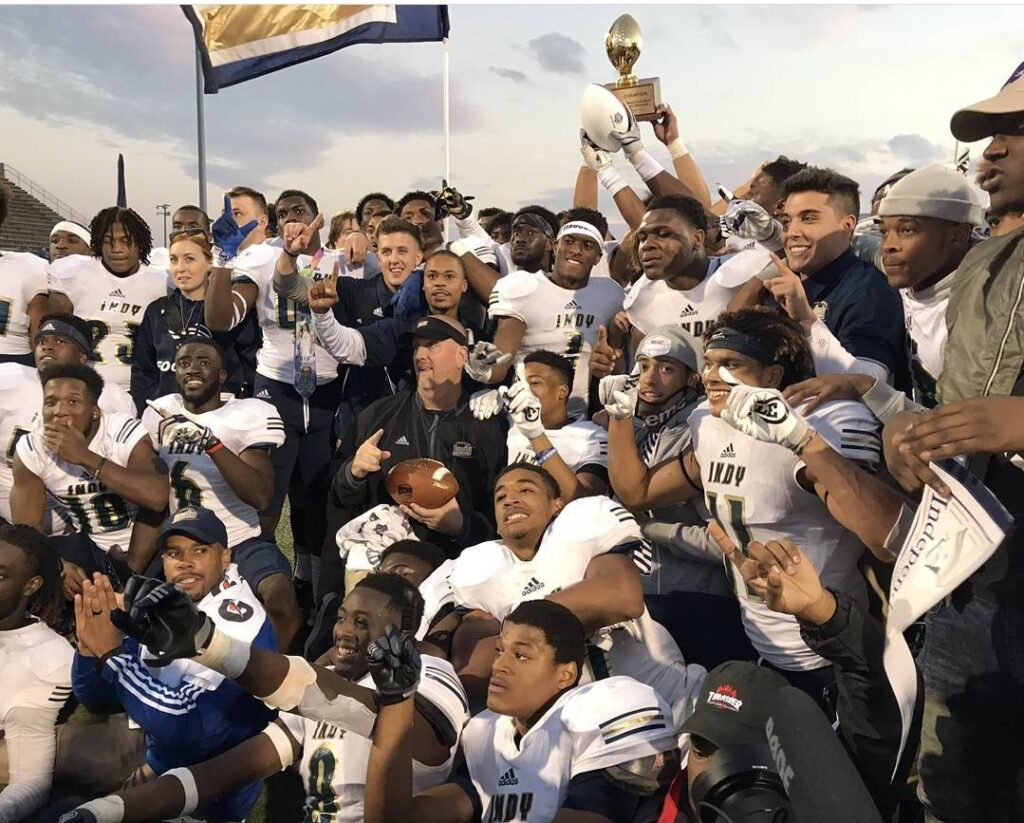 Joe Gaiter:Tell us about your experience at Independence Community College?

Dantrell Barkley: My experience at Independence was very interesting and eye opening at the same time. I can honestly say I was not prepared for that experience. JUCO really changed my life for the better. Being at Independence taught me to appreciate the grind and everything that goes into it. I met some life changing people out in Kansas, from coaches, to trainers, to teachers and teammates. Being out in Kansas alone teaches you to appreciate everything that you have because not everyone can be in your shoes. When I first got to Independence, I hated it and wanted to quit but I was too broke to go home so I had to stick it out and everything worked out in the end. Those friendships and bonds with everyone I met there will last a lifetime.

Joe Gaiter: I LOVE LAST CHANCE U on Netflix. What did it mean to be a part of something so huge and was it hard having the cameras around you all the time?

Dantrell Barkley: Honestly, I never really knew the impact it would have until after I graduated and moved on from Independence. We knew it was going to be a big deal but honestly the outside world treated as if it was something bigger than it really was. The cameras followed us around all the time everywhere to class, to the café and even came in people’s rooms. You really got used to it honestly because those guys are really cool. You have to realize their people to and they were away from their families just like we are. The cameras being around was cool for the most part you got used it honestly so it’s almost like they were not there. 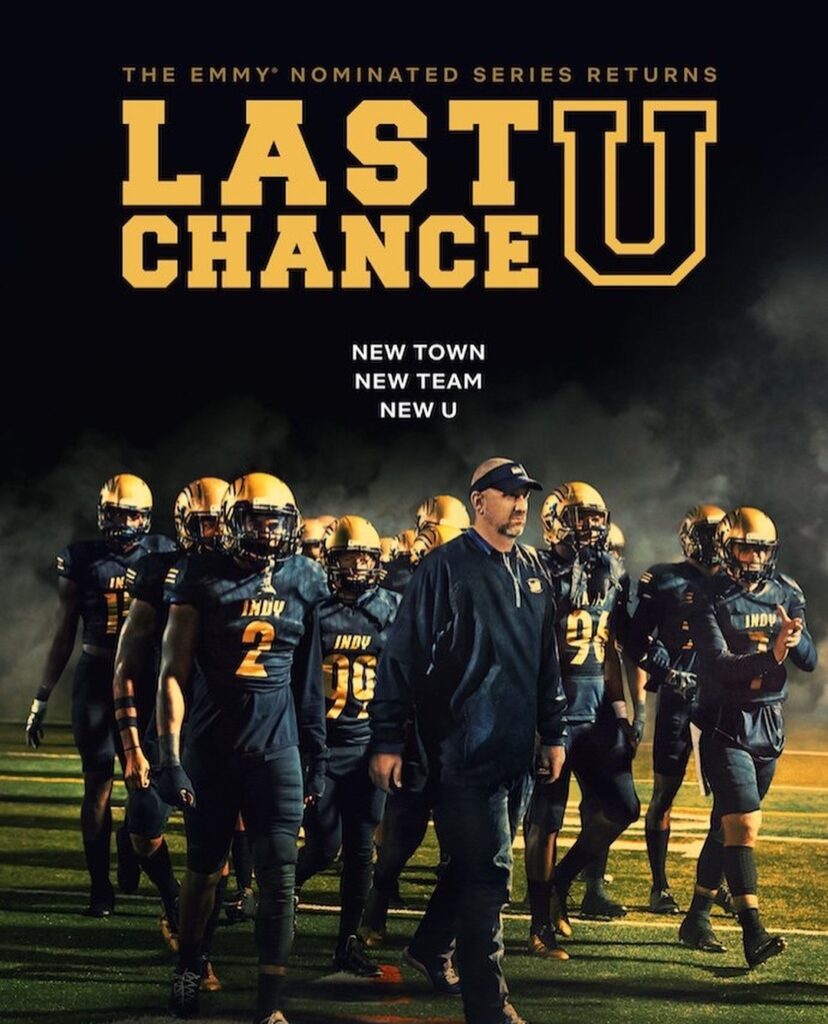 Joe Gaiter: What was your relationship like with Coach Brown?

Dantrell Barkley: My relationship with Coach Brown was great. I have nothing but positive things to say about him. He is definitely one of the more interesting coaches I have had but he means well. He always looked out not only from a coach as an overall man and human being. Coach Brown my dawg for giving me and opportunity when not many schools were willing to give me a shot. 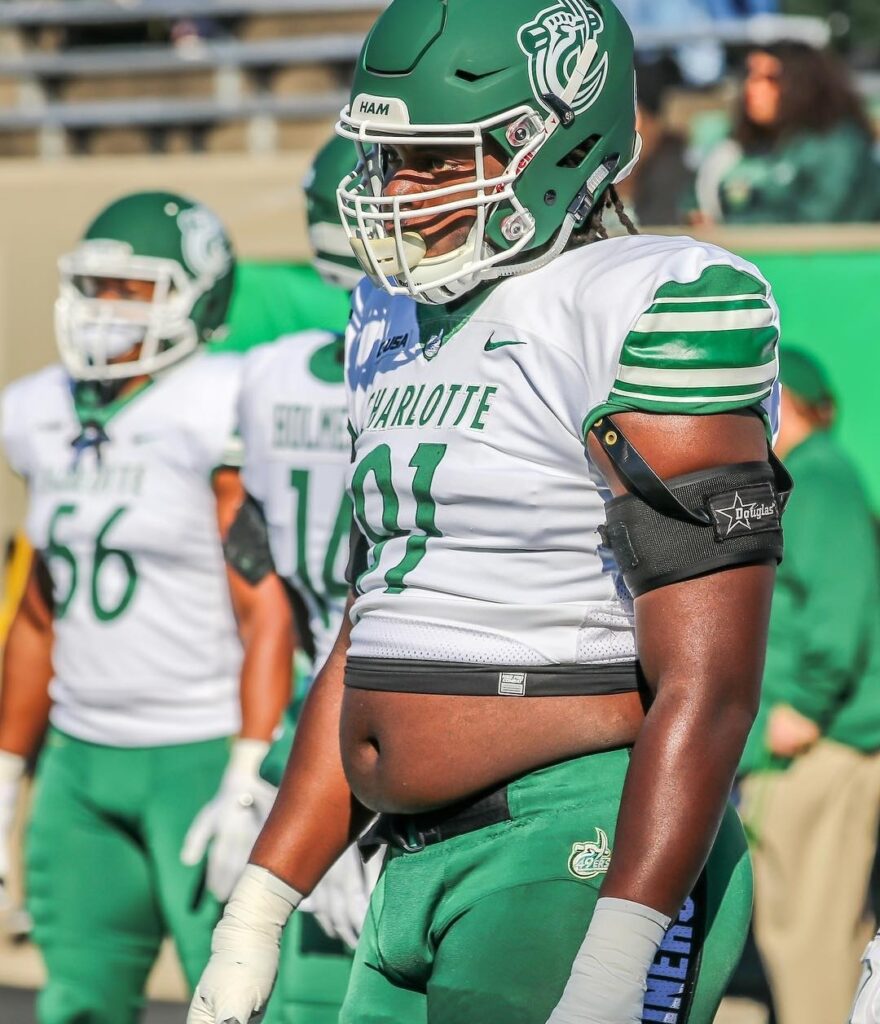 Joe Gaiter: Why wasn’t UNC Charlotte right fit for you as an athlete?

Dantrell Barkley: UNC Charlotte was the perfect fit honestly, I loved it there and it was home as well. When I first arrived, it was a great fit. I eventually tore my labrum in fall camp competing for a starting spot missed some games due to that, but I still contributed when I was on the field. The staff that brought me in eventually got fired and then after the season in spring I did not practice due to me recovering from surgery. I just felt that I should go somewhere where I could get an opportunity to compete and play with a coach that recruited me. 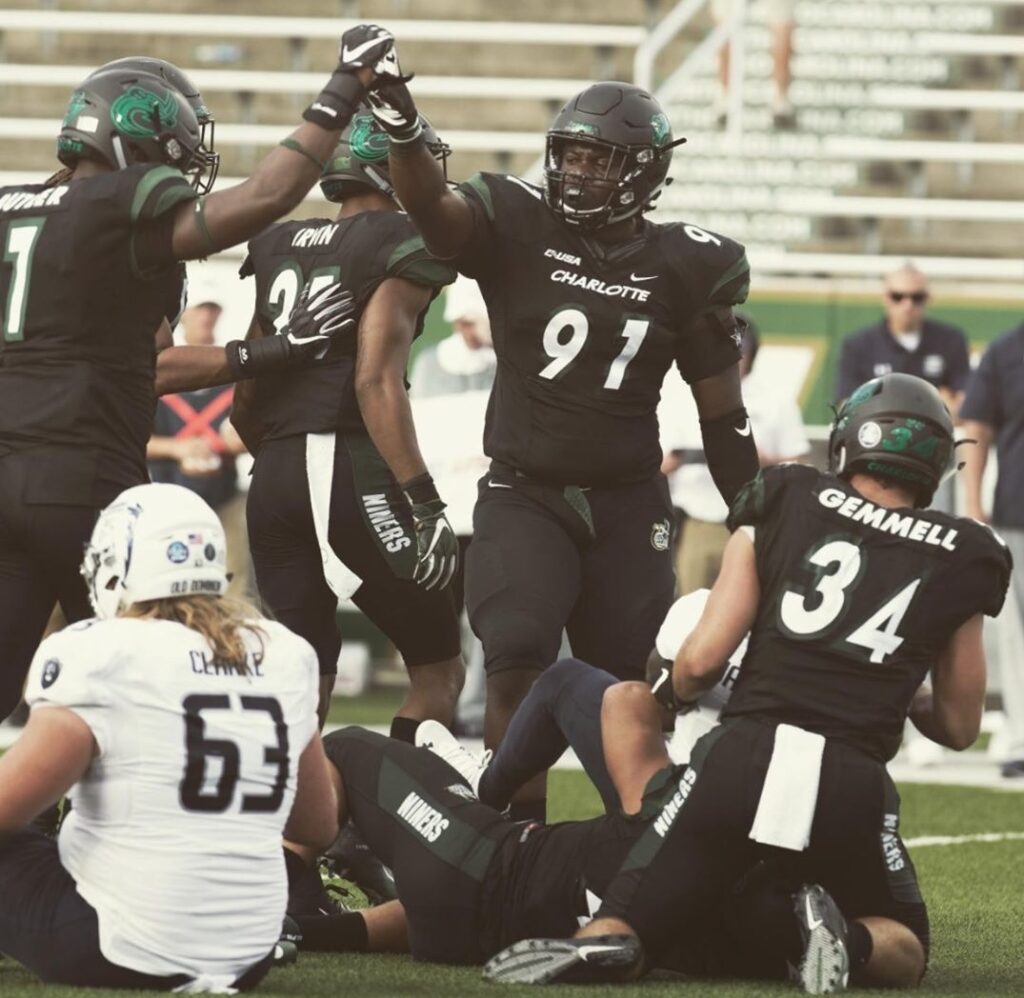 Joe Gaiter: Why did you transfer to the University of Tennessee at Chattanooga?

Dantrell Barkley: I chose Chattanooga because I felt like I would be a good addition to the defensive side of the ball. I liked where things were headed, they have opportunity to compete in the SoCon with other great teams. I also wasn’t able to stay at the FBS level due to the NCAA rules I would have to sit out a year. I felt I made a great decision choosing Chattanooga.

Joe Gaiter: How do you get into the mind of your opponent as a Defensive Tackle?

I have tendency to talk a lot to my opponent and get them off their game. Just getting the scoop on them as far as their name and where there from. I see it like this if I can affect the center then the whole offensive line is rattled. The center is the first person with the ball. I use that to my advantage, but I am also about that action. I am not just all talk. 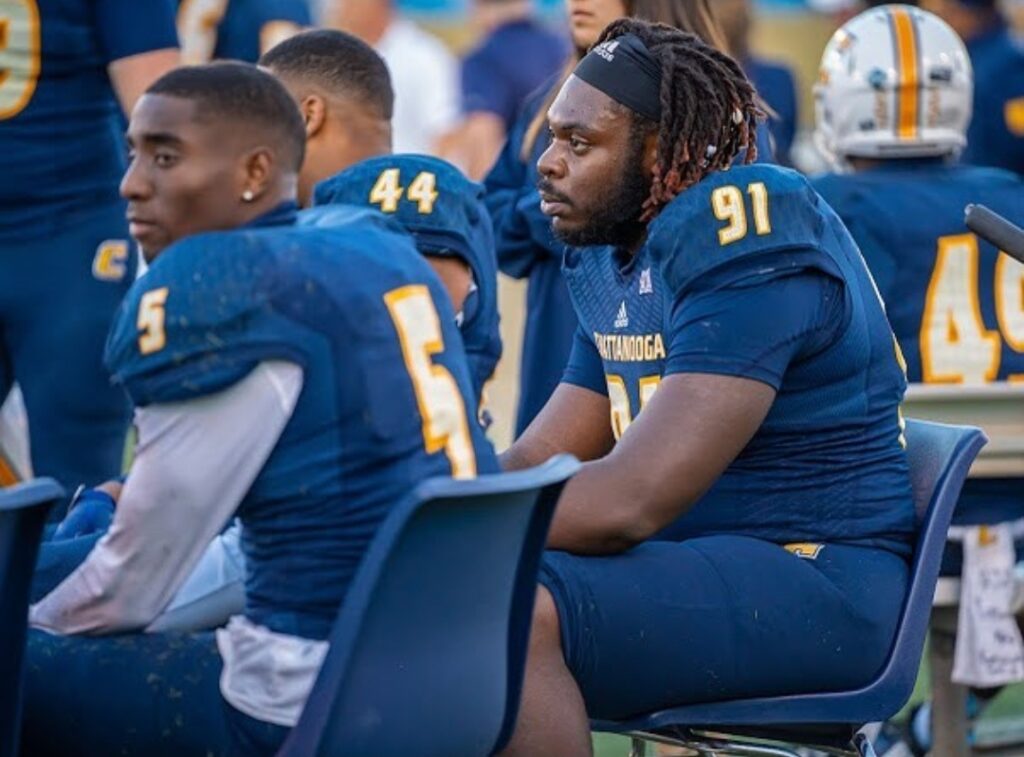 Joe Gaiter:University of Tennessee at Chattanooga was 6-6 last season. In your opinion what went wrong?

Dantrell Barkley: Honestly, our record doesn’t show it but were a really good team. I feel like we just struggle as a team to finish games. We start games really well but cannot seem to finish for whatever reason. We had the opportunity to beat James Madison but could not finish the game the right. We have to work on not only starting strong but also finishing strong. A lot of the games we played this past season were really close. We got to work on completing games, but I feel like we’ll be fine I have confidence in our team and what were capable of.

Joe Gaiter: What are some of your stats? 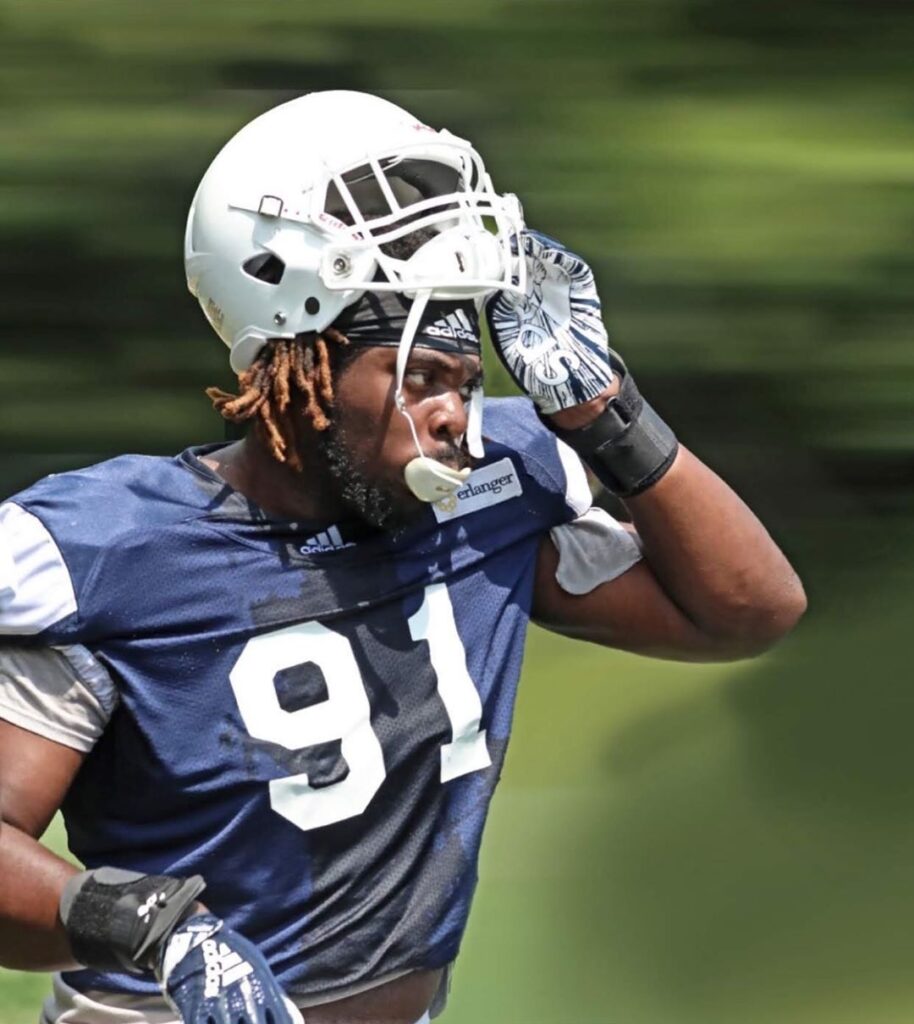 Joe Gaiter:What does it mean to you being a Juco product?

Dantrell Barkley: Being a Juco product means “Your going to get it by any means necessary”. Making it out Juco is big especially when you can continue your career.  Juco products get it out the mud so getting out of Juco means you defined the odds. Juco Products have a different type of vibe because we went through the same struggle.

Dantrell Barkley: Honestly from my own personally experiences and friends that are also athletes I think we should all have an open mind about things. Instead of just stereotyping athletes and assuming everything is great. Mental health is something that should be taken more seriously. A lot of athletes have difficulties while also having to perform and balance their academics. There should more things to be done. I feel like from a college standpoint there should be something done to help athletes’ transition to the real world after they graduate from college. As a fellow athlete it’s hard adjust seeing how your whole day is scheduled all four years of college. Then all of a sudden you have all of this free time on your hands. So, I feel like something can be done differently as far as that. 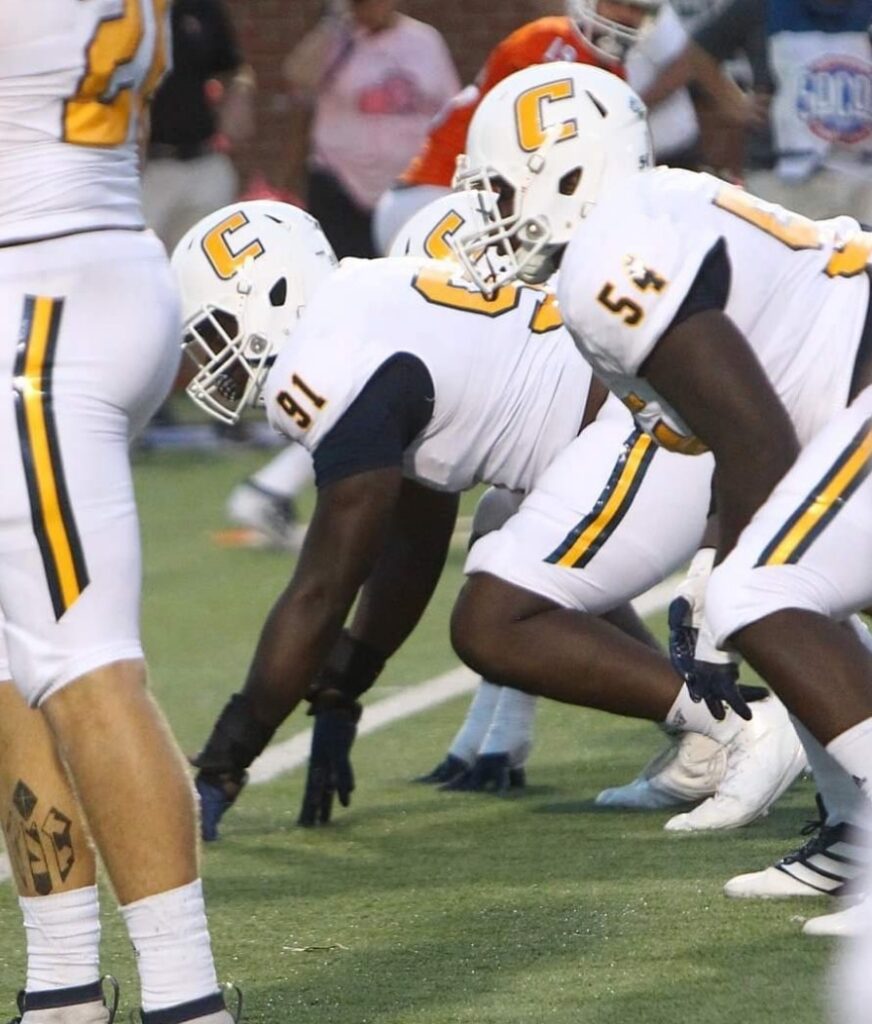 Dantrell Barkley: My untold story is that I am from Concord, North Carolina. I graduated high school with a GPA under a 2.4 a non-qualifier. Out of high school I had two Division 2 offers with a very low chance of getting into either school. I took a chance and went the Juco route not knowing what was going to happen. I  finished Junior college as one of the top prospects in Juco being a three star. I committed to my dream school South Carolina, but things did not go as plan and I ended up at Charlotte. Things got rocky there and I eventually found a home in the University of Chattanooga. In December.  I am graduating and  receiving my second college degree. I will be a first-generation college graduate. Football really set me up for success for not only myself but for my family. I weathered every storm that has been put in front of me. Your life can change in one year you just have to keep going. Along the road I learned that you have to bet on yourself. Perseverance is key and Chop wood and carry water.

Joe Gaiter:Where are you training during the off season?

Dantrell Barkley: I am training back at home really anywhere I can find work at. I have been running and working with some of my old teammates from Charlotte just trying to perfect my craft. I’m just trying to stay active preparing for my last season of college football.

Joe Gaiter:What do you want your legacy to be?

Dantrell Barkley: I want my legacy to be lasting. Someone that always bets on themselves and can inspire others to do the same. I want people to say that I always took a chance no matter the circumstances. 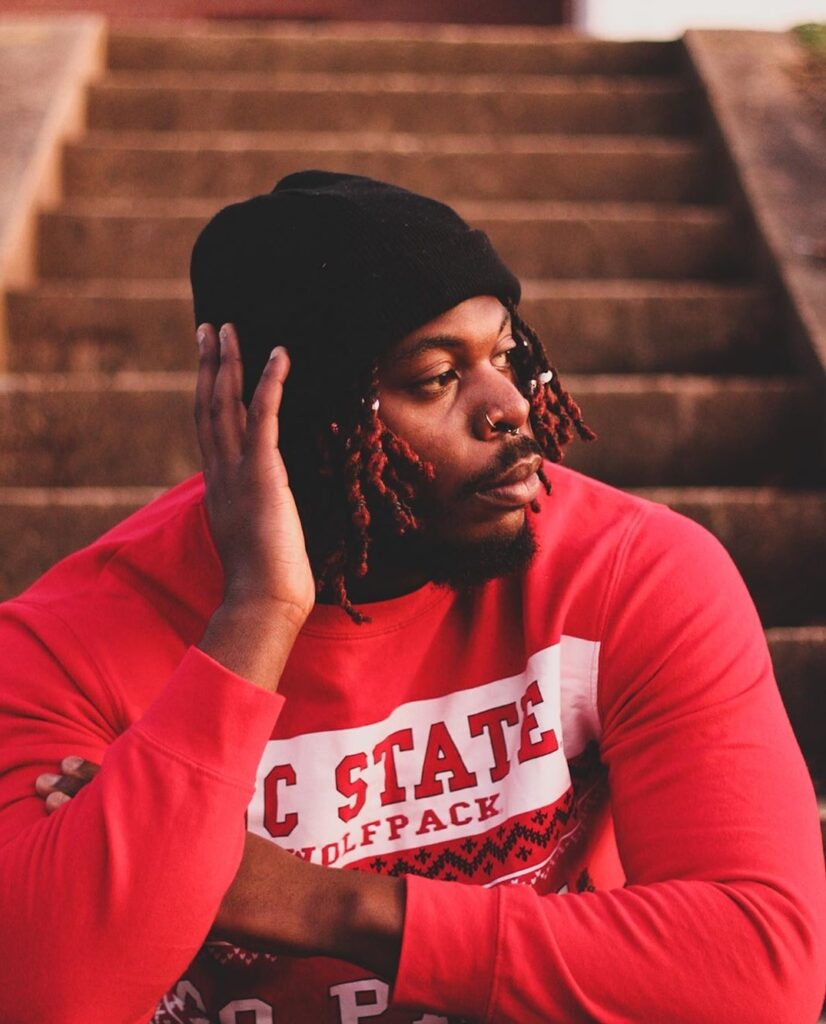 Dantrell Barkley: Shout out to everyone that believed in me since I started playing ball. They knew who they are. A lot of people did not expect me to be in this position but the ones that did they know who they are all love.